We are going to compare the Briggs & Stratton snow blower model 1696614 with the Husqvarna model ST224P. Both models are two stage snow blowers with the same engine power at 208cc or 6.4 HP.

Just what are the difference between these two models? The main differences will be in the price and some of the features. Some features have advantages over others. It all depends upon the individual and their health. 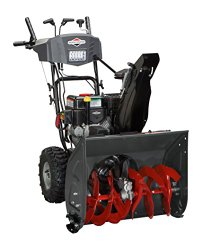 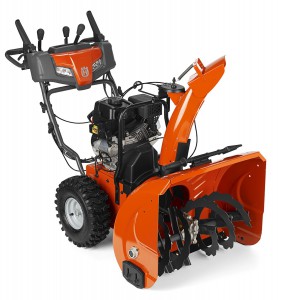 Below are some of the differences between the Briggs & Stratton and Husqvarna snow blower models.

It is always better to use a snow blower than removing the snow by shovel.

Areas Where Both Models Are The Same

Comparisons between the Models

Both models provide basically the same features which the exceptions mentioned above. You will need to determine which features you actually need and then select the model that best fits your snow blowing needs.

Other Factors To Consider

Using a snow blower is by far a lot better than having to remove the snow by shovel.

It is recommended that you add a fuel stabilizer to the gas tank and to the reserve fuel to keep the gas fresh for the winter season. Fuel stabilizers keep gas fresh for up to one year. It also helps keep the carburetor clean and from getting clogged as well. Gas normally gets stale after 30 days.

The overall winner in this matchup is the Briggs & Stratton snow blower due to the price, rating, chute radius, throwing distance and weight. However, if you want power steering, than the Husqvarna model is for you at a slightly larger cost.